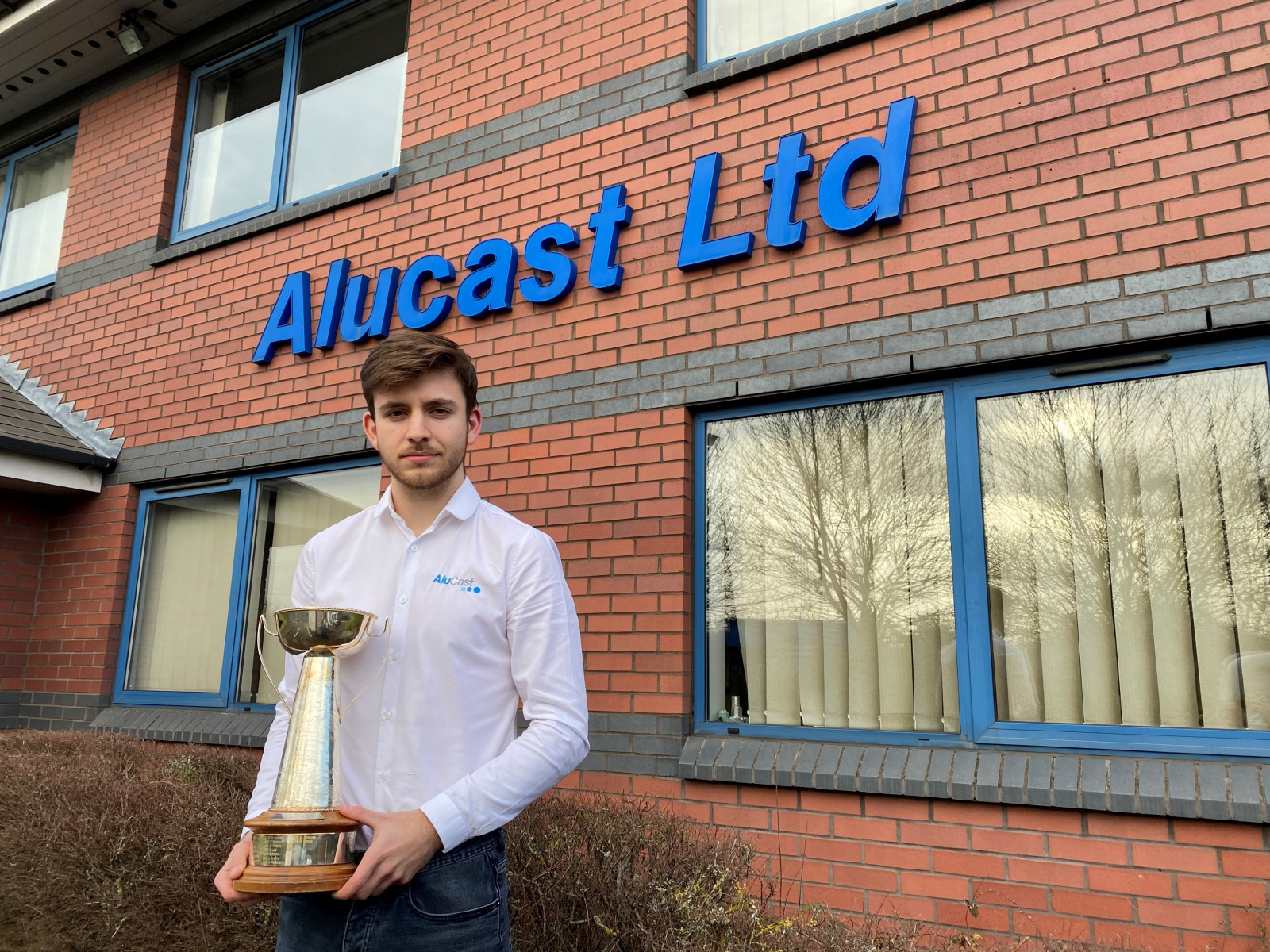 Kieran Marsden, an apprentice at Alucast, has had an outstanding career in manufacturing so far. Since joining the team in 2016, Kieran strives to be the most engaged and involved person in the room. This paid off back in 2017 when he was awarded the ICME Dussek, Modern Apprentice of the Year award. Now in his final year as an apprentice, Kieran offers other youngsters advice on getting into the industry.

Kieran was no exception when it comes to ‘inspiring stories from UK manufacturing’ as the Alucast team highlights his enthusiasm, drive, and ambition that got him the role in the business. When Kieran comes to finishing his apprenticeship at the end of this year, he will be rewarded with qualifications up to degree level.

In the latest interview with the Made in Group, Kieran said:

“I chose a career in manufacturing and engineering because I have always been fascinated with the maths and physics side of it, especially how things are produced.”

Kieran then went on to say that he visited Alucast when he was just 14 years old as an initiative to introduce young people into engineering companies. The managers within the business at the time were impressed with Kieran’s enthusiasm and inquisitiveness. Two years later Kieran was offered an apprenticeship. However, he continues by mentioning that A-Levels and University were his original choice. Kieran added:

“I didn’t think that apprenticeships were still an option today, I thought it was a thing of the past as my Father and Grandfather did an apprenticeship. However, the offer from Alucast showed me that there are other options for gaining degree-level qualifications whilst earning on the job”

Apprenticeships, like Kieran’s, are helping the UK industry skills gap by upskilling the younger generation and getting them into manufacturing early to acquire the expertise needed to help businesses grow and innovate. Kieran added:

“Doing an apprenticeship has really helped me develop as a person before I was quite shy and didn’t know how to talk to anyone. It definitely helps you with personal development by being around people of different ages.”

“It is enthusiasm and drive that makes you stand out, being recognized by a business the way I was gives you a surge of confidence and the belief that you will succeed. My advice to other people not knowing what to do after school is to go and research their options. Check the Government website and Made in the Midlands for opportunities and get yourself out there - it is definitely the best choice I have made.”

You can listen to Keiran's full interview with Made Futures LIVE by clicking here.