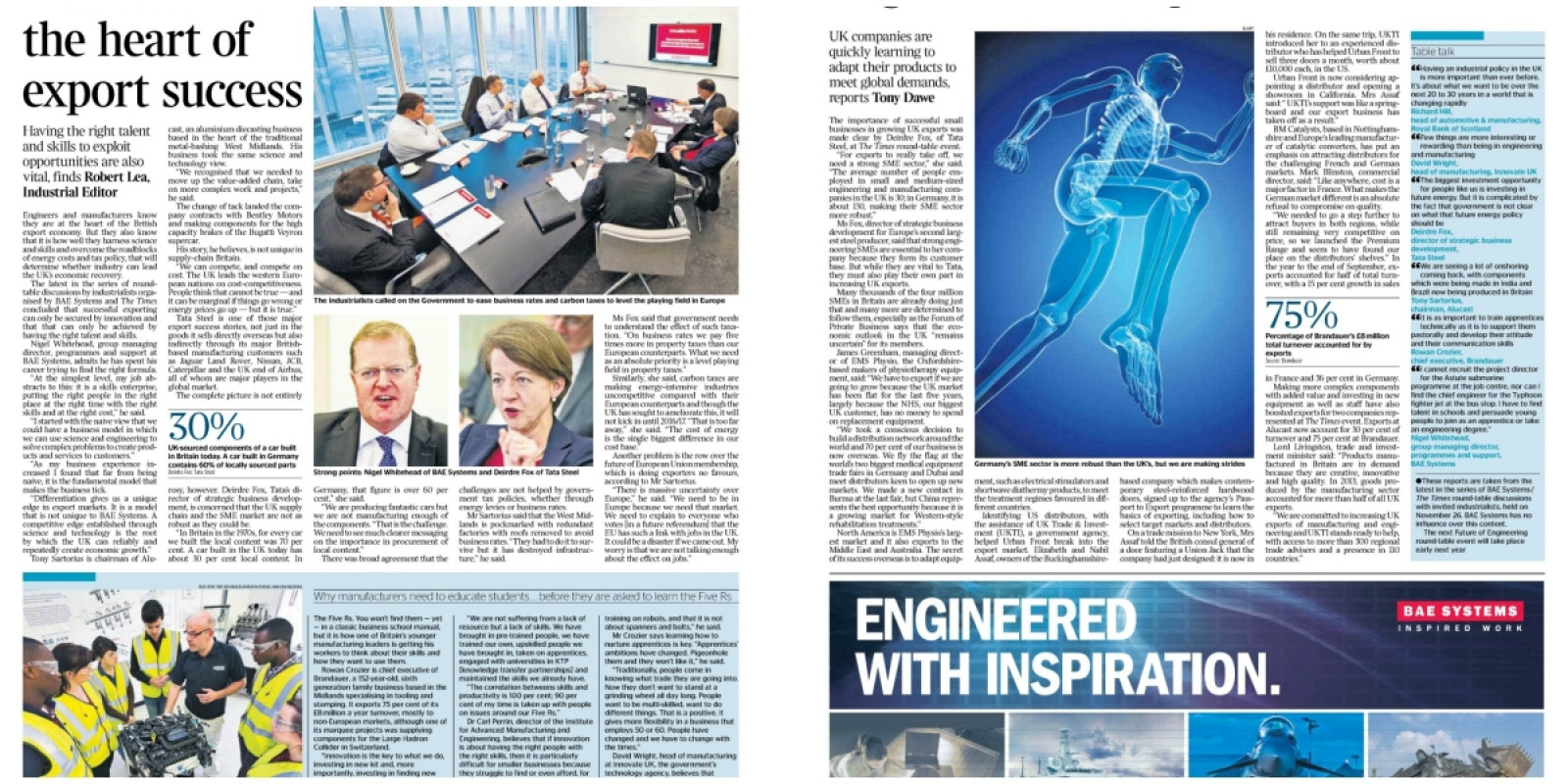 "Tony Sartorius is chairman of Alucast, an aluminium diecasting business based in the heart of the traditional metal-bashing West Midlands. His business took the same science and technology view. We recognised that we needed to move up the value-added chain, take on more complex work and projects,he said. The change of tack landed the company contracts with Bentley Motors and making components for the high capacity brakes of the Bugatti Veyron supercar. His story, he believes, is not unique in supply-chain Britain. We can compete, and compete on cost. The UK leads the western European nations on cost-competitiveness. People think that cannot be trueand it can be marginal if things go wrong or energy prices go up but it is true.

Mr Sartorius said that the West Midlands is pockmarked with redundant factories with roofs removed to avoid business rates. They had to do it to survive but it has destroyed infrastructure,

"Another problem is the row over the future of European Union membership, which is doing exporters no favour's, according to Mr Sartorius. There is massive uncertainty over Europe, he said. We need to be in Europe because we need that market. We need to explain to everyone who votes [in a future referendum] that the EU has such a link with jobs in the UK. It could be a disaster if we came out. My worry is that we are not talking enough about the effect on jobs.

"We are seeing a lot of onshoring coming back, with components which were being made in India and Brazil now being produced in Britain"