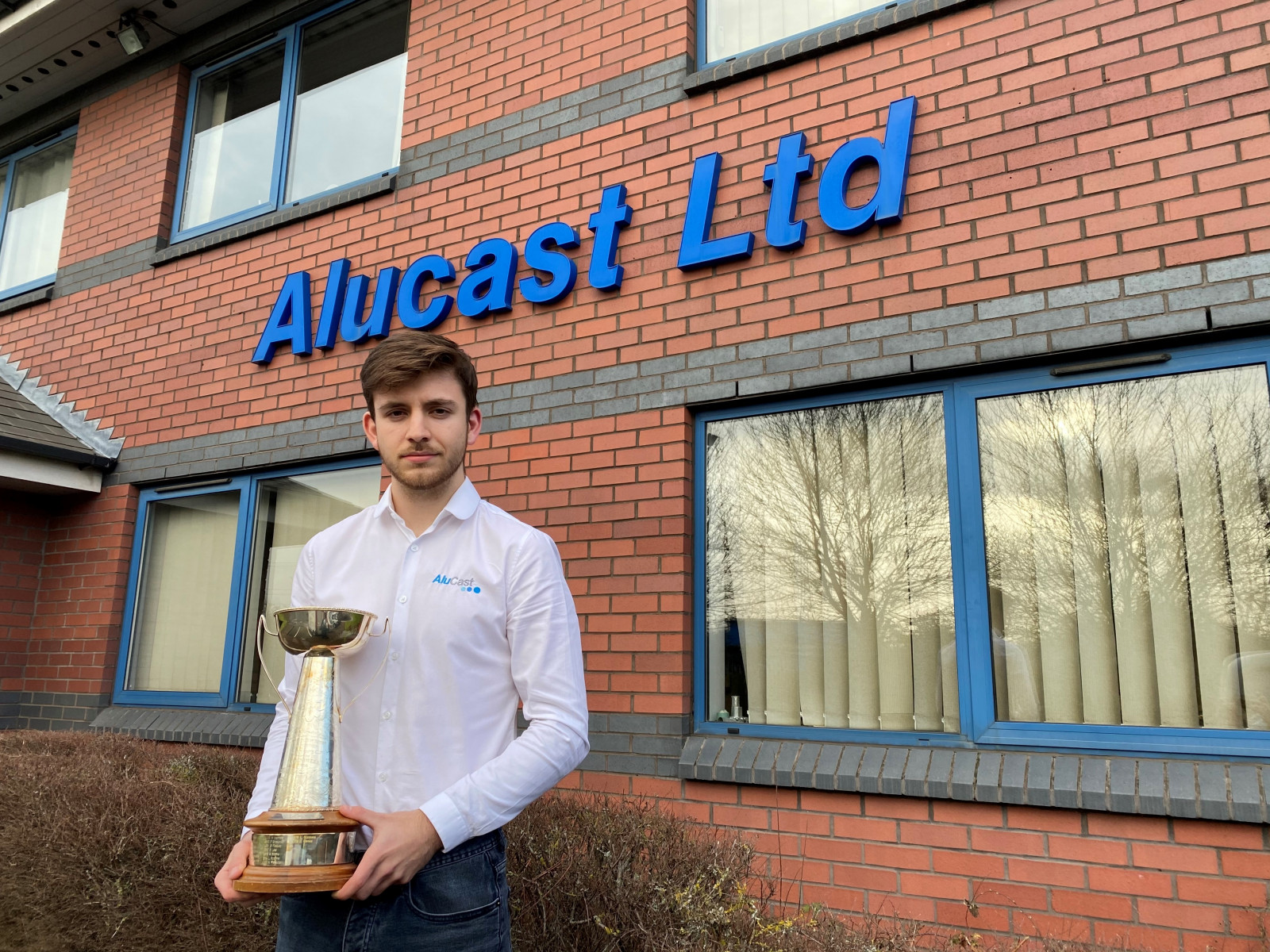 Kieran’s Journey as an Apprentice at Alucast

Kieran Marsden apprentice from Alucast has always been an enthusiastic, driven, and ambitious individual who strives to be the most engaged and involved person in the room.

The Alucast personnel has been quoted as saying that Kieran stood out to them when he was offered the opportunity to be involved in an Engineering skills gap project back in 2014. This would see students experience real-world work environments in the engineering industry by visiting different engineering companies in the local area, including Alucast.

In 2016, after completing his GCSEs, Alucast had enquired about Kieran and expressed that they were that impressed with his visit 2 years prior. They offered Kieran the chance to join the business with a 5-year apprenticeship that would offer academic qualifications up to degree level.

During his apprenticeship, Kieran rotated between different departments of the business, learning the technical aspects of the departments and how he could use this knowledge to contribute to his self-development as a trainee engineer and to the company.

The first department he was involved in was the Sales Department, which saw Kieran engage with many large projects, liaising with the sales team and helping them with things such as; die design, casting solidification 3D modeling, quote progression, and customer communication.

Kieran then went on to be placed in the Manufacturing Department, in the foundry, and on the shop floor, which saw him focus on; timing planning and approval, ensuring cast product was correctly processed through the foundry to make sure deadlines were met.

Lastly Kieran was integrated into the Quality Department; creating and getting involved with 8D analysis, raising and processing quality alerts on products with any issues, traveling across the UK to liaise and speak to customers with any issues they might have, audit preparation, and in-depth analysis of all ingot that came into the foundry.

Kieran’s effort and hard-work came to fruition when in 2017, at just 17 years old, won the nationally recognised ICME Dussek Modern Apprentice of the year award, an award which consisted of over 50 applicants across the UK from non-ferrous engineering backgrounds, which was awarded to the apprentice who had made significant growth and progress through their apprenticeship and was actively contributing to the success and growth of their employer’s organisation.

After speaking with Kieran about his apprenticeship and his experiences, he said:

“Originally I was planning on going to study my A-Levels and progress onto full-time university in an Engineering aspect, but after consideration and gingerly choosing the 5-year apprenticeship, I can happily say that it was the best decision I could have made, being allowed to study to the previously described level of qualification with also earning a wage and gaining real-world experience at the same time is the best combination one could wish for, it has helped my personal development as an engineer, but also as a person grew tenfold compared to if I stayed in full-time education, I could not recommend it enough!”

You can now listen to Kieran's live interview about his journey in manufacturing with Made Futures LIVE by clicking here.

Made Futures was created to encourage people to get jobs in manufacturing, in support of those who have lost their jobs over the course of the 2020 pandemic. There's still time to sign up and be part of the exhibition by filling in the form here.