Alucast Ltd are a Made in the Midlands Bronze Member

Alucast was formed in the late sixties and is based in the heart of the industrial West Midlands- an appropriate location for a company that offers a single-source supply of sand, gravity and high-pressure aluminium castings.

Although its production facilities are not permanently tied up with work for one or two major customers, Alucast can also undertake long runs when required, in other words Alucast is unlikely to tell you it cannot be done.

Alucast was established in 1967 by Mike Clayton, as a sand casting business making aluminium castings based in Bentley Mill Lane, Walsall before new premises were acquired in Leamore Lane, Walsall, and a gravity diecasting department was added.  With a dedication to growing the business in the Black Country, the owner acquired another casting business in 1973, Tipton Non-ferrous, on Dowty Street, Tipton and then in Ash Street Bilston by 1988.

1992 Saw the business interests acquired by Phil Roberts.  By this time, the company had developed a ‘can-do’ philosophy such that it would not turn away very complex parts required for manufacture by its customers.  The firm continued to expand with the opening of a pressure die-casting business on the Western Way Wednesbury site to give the business all three major aluminium casting processes.

In 2001, the manufacturing processes were restructured in one plant at Western Way, Wednesbury, the current Alucast site. Having enabled the company to grow from the original 5 employees to a company with an £5M turnover and 79 employees, Phil Roberts retired in 2003.

Tony Sartorius (Chairman) and John Swift (MD) then took over the business.  The company has continued to develop, acquiring a machining business in 2008, opening an Indian plant later in 2008 and growing sales to nearly £9.0m with 110 employees. The company has survived the ravages of the 2008-2009 downturn, which halved its turnover, but this has been restored to around £8m with 105 people now employed.

The company is now an award-winning casting business well known in the Black Country, West Midlands, the UK and abroad, the company won the Manufacturer of the Year award in 2012. The company now exports more than one third of its product.

Members who have attended workshops on inclusion in the workplace and improving workplace mental health gain the inclusivity badge. To learn more about becoming a member of the Made in Group inclusivity campaign visit www.madeequal.com

Awarded to members that have made an exceptional achievement, which includes some social good. Including those who showed support for "Backing Britain" and "Made Futures" projects through submitting articles to the respective publications.

Awarded to participants in the Made Futures virtual careers week – both exhibitors and speakers.

Awarded to members who have attend at least 6+ networking events in a year (starting from 2021).

Awarded to the first 100 members of the Made in Group.

The brand new "Made Green". More information on this is to follow soon.

Awarded to members that publish at least 6+ articles in a year (starting from 2021).

Members who have had at least 5k+ visits to their microsite.

Members who have had at least 1k+ visitors to their microsite.

Awarded to members of the Made Angels investor network (this group meet up once a quarter).

Awarded to all of the members that appear in the top #MicrositeOfTheDay post, as chosen by the digital communications team.

Awarded to members who have a “Member of Made” logo on their main company website, with a link going back to their microsite. 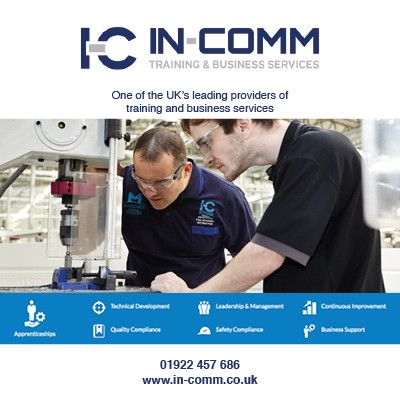 Castings produced at high production rates by injecting molten metal under pressure into a metal mould, it offers the user a means of obtaining dimensional accuracy and a good surface finish.

A widely used method of producing castings by pouring liquid metal into a permanent metal mould, and is more versatile than high pressure die castings.

The simplest method of casting aluminium and is chosen for small quantities and complex shape castings, it is often used for the manufacture of prototypes.

A new process currently being introduced & sampled, uses a gas at low pressure, usually between 3-15 psig (20 to 100 kPag) to push the molten metal into the mold cavity.

4 & 5 axis capability with further 5 axis machines purchased & to be installed by the end of the year.

Throwback to Tony Sartorius's Interview with MTDCNC regarding Alucast's recent growth and the £2m investment in our… twitter.com/i/web/status/1…

We have the capabilities to use our FARO Technologies FARO arm HD scanner to meet critical tolerances and ensure go… twitter.com/i/web/status/1…

Over in our machine shop this morning, finishing off Morgan Motor Company upright castings on our Quasar MF500 5-AX… twitter.com/i/web/status/1…

Hi All, We have made a new LinkedIn page, this page is where we will continue our weekly updates, If you could sha… twitter.com/i/web/status/1…

Absolutely brilliant to see Norton Motorcycles investment in local manufacturing!!😊  Also quite nice to see our own… twitter.com/i/web/status/1…